This article is not intended to encourage you to perform an unauthorized vulnerability assessment.
If you find any vulnerabilities in PyPI, please report them to [email protected].2

PyPI is the package registry used by Python’s package manager (pip), and is referenced when you run commands such as pip install [package name].
Many projects including Flask and TensorFlow are indirectly using PyPI. 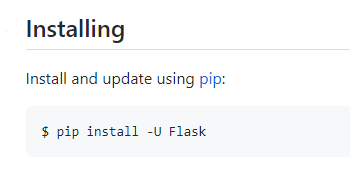 While reading Max Justicz’s blogpost, I noticed that they reported a vulnerability to PyPI.
After checking the advisory mentioned in the article, I found that source codes of PyPI are published on GitHub. So I decided to read it.

The current source code of PyPI is in pypa/warehouse repository.

A quick read of the code revealed that it’s using a web framework for Python called Pyramid.
After reading the documentation of Pyramid, I continued reading the codes of PyPI. And found these 2 vulnerabilities.

PyPI had a documentation feature that can be used in Python projects.
They deleted this feature as usage of this feature didn’t increase, but they didn’t delete existing documents.
So, a feature to delete these documents was requested and was implemented in this pull request.

This feature removes the document by using the following codes internally:

This means that if someone deleted legacy documents in the project named examp, it’ll delete documents of projects with the name that starts with examp (e.g. example, exampleasdf)

PyPI has a permission management feature for packages.
In this feature, the project owner can grant / remove permissions. And there was a vulnerability in this removal process.

While fetching permisison information from the database, PyPI used the following codes:

As you can see from the code snippet above, it’s not specifying the project ID while fetching the permission information to delete.
Hence, an attacker was able to delete other projects’ permission by assuming role_id.3

As mentioned above, I reported two vulnerabilities discovered during the source code investigation.
However, these vulnerabilities don’t have many impacts and can only be used for harassment at best.
I wanted to report something that had a little more impact, so I decided to look for a vulnerability that could be used to execute arbitrary codes.

And then, I read the code for the package upload function and project management function, but I could not find any vulnerabilities that could lead to arbitrary code execution.

While taking a break, I found an article named Unintended Deployments to PyPI Servers.
After reading this article carefully, I found that the code pushed to the main branch of the pypa/warehouse repository will be automatically deployed to pypi.org.
In other words, if I can obtain write permission for this repository, it’s possible to execute arbitrary codes on pypi.org.
Therefore, I checked the workflow file of GitHub Actions, which has write permission for the repository by default, and I found the following vulnerability.

Investigation of the workflow file

Therefore, this couldn’t be used directly to execute arbitrary codes.
But, as I read through the code, I realized that there was another vulnerability.

In this line, combine-prs.yml prints branch lists of pull requests by using the following code.

It’s a simple echo command, which looks fine at first glance, but it’s not safe due to the GitHub Actions’ behavior.

As described in Keeping your GitHub Actions and workflows secure: Untrusted input, ${{ }} expression will be evaluated before being passed into Bash.

Because this workflow used actions/checkout, .git/config contains secrets.GITHUB_TOKEN, which has the write permissions.
So, by executing commands like cat .git/config, it’s possible to leak GitHub Access Token with write permission against the pypa/warehouse repository.

As described above, if someone pushed changes to the main branch, it’ll trigger the automatic deployment to pypi.org.
Hence, by using the following steps, it was possible to execute arbitrary codes on pypi.org.

I reported this vulnerability to Python’s security team, and they fixed it in this commit.

In line 119 of combine-prs.yml, there are codes like the following.

As mentioned earlier, the ${{ }} expression doesn’t care about the context.
So, if steps.fetch-branch-names.outputs.prs-string contains strings like `;console.log("test")//, console.log("test") would be executed.

Since steps.fetch-branch-names.outputs.prs-string contains the title of pull requests, it was possible to execute arbitrary commands on pypi.org by using the following attack procedure.

If you have any questions / comments about this article, please send a message to @ryotkak on Twitter.